You are invited to join MP Karen Vecchio and MP John Nater, Shadow Minister for Middle Class Prosperity and Former Shadow Minister of Rural Economic Development for a open discussion on current issues happening in Canada and rural infrastructure.

Send your questions in advance to [email protected]! 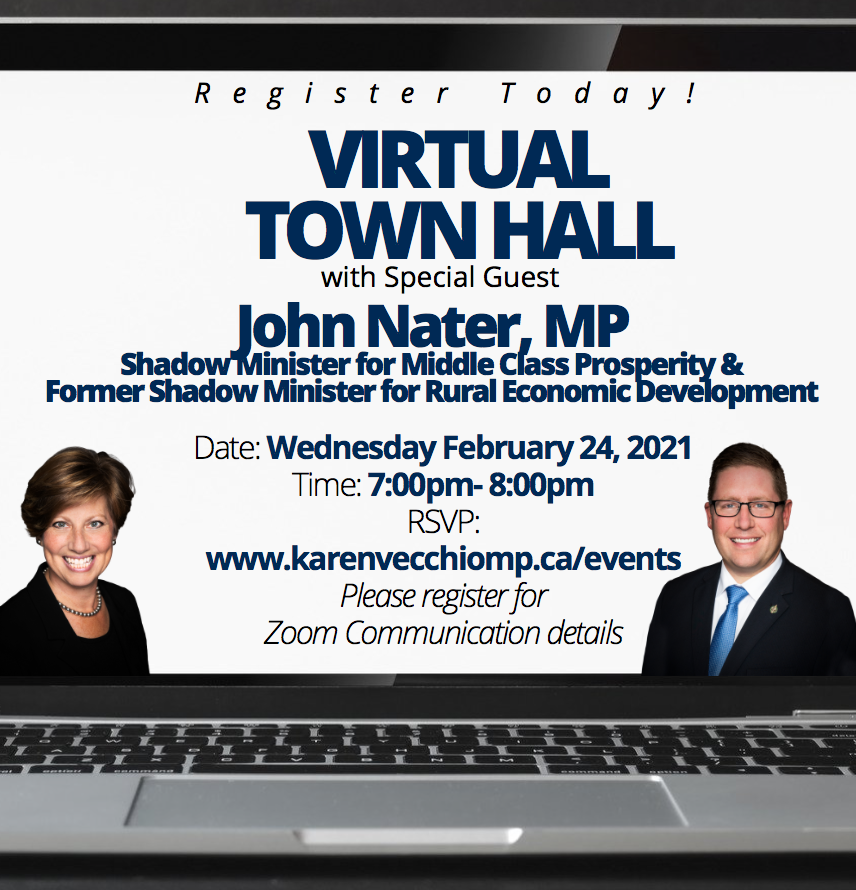 John Nater was raised on his family farm in Logan Township (now West Perth). He learned from a young age the importance of hard work and contributing to the community. This inspired John to a life of public service.

John was elected and proudly served on West Perth Municipal Council from 2010 to 2014 representing the Mitchell Ward. From 2012 to 2015, John worked as a Lecturer at King’s University College.

John and his wife Justine live in Mitchell with their children Ainsley, Bennett and Caroline.