From the Office of Karen Vecchio, Member of Parliament

OTTAWA, ON- Today, Conservative Leader the Hon. Erin O’Toole announced that Elgin-Middlesex-London MP Karen Vecchio will serve as the Deputy House Leader of the Official Opposition.

MP Karen Vecchio will assume her new role as Deputy House Leader and a member of the Official Opposition Leadership Team when Parliament resumes on September 23, 2020.

“I am honoured to be chosen for this new role and am energized to continue my work ensuring that this Minority Liberal government is held to account.” said Vecchio.

“I would like to thank Erin O’Toole for the confidence he has placed in me to assume this new role. I look forward to working with our leadership team and fighting for Canadians every day both in my capacity as MP for Elgin-Middlesex-London and as the Deputy House Leader.” 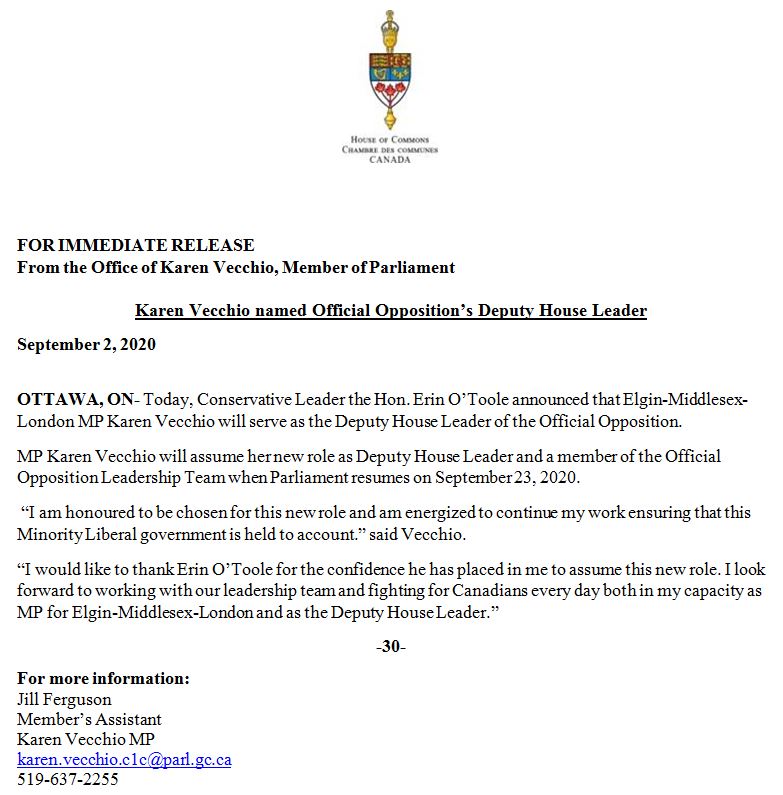